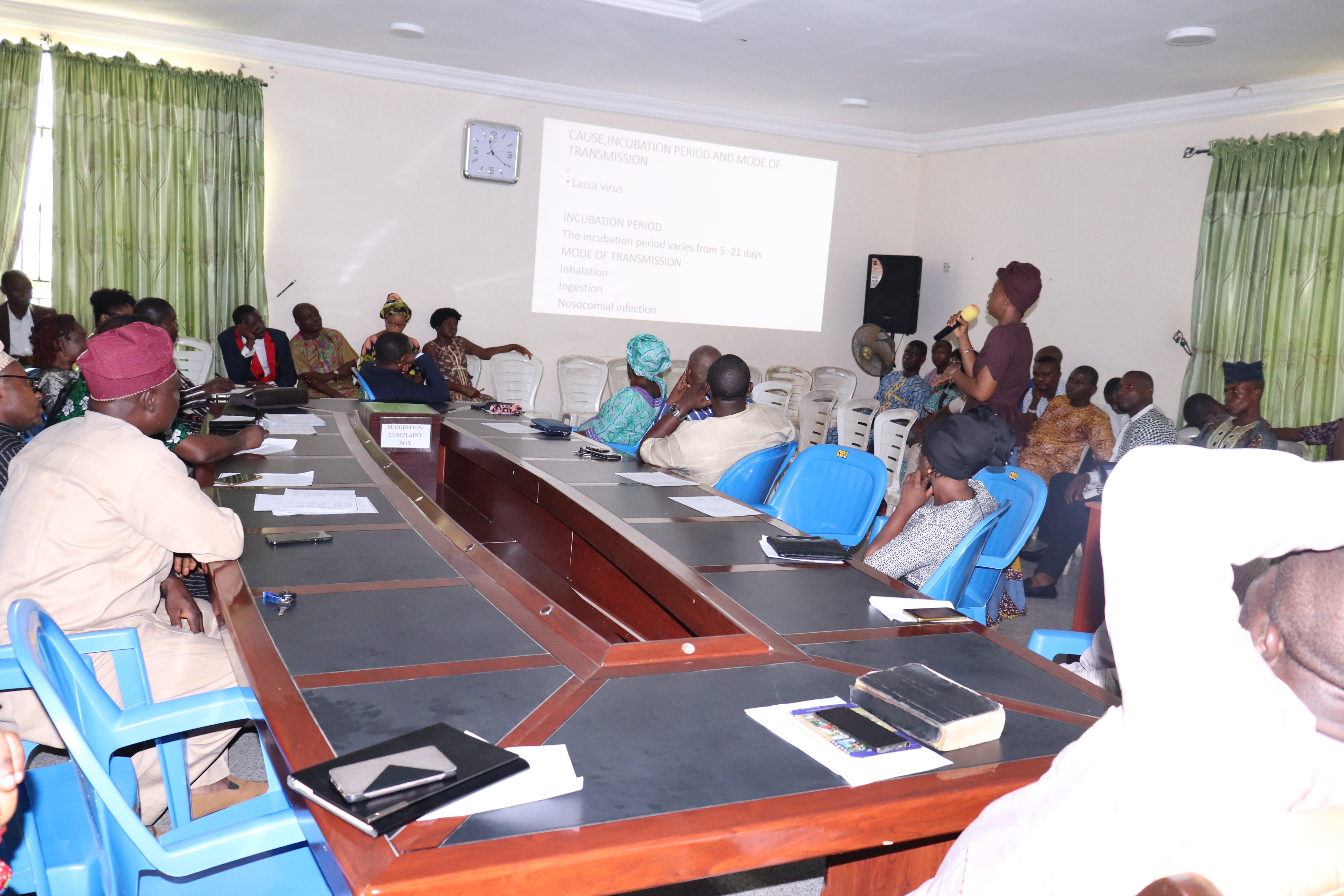 The Ondo State Oil Producing Areas Development Commission, OSOPADEC, on Friday 1st February, 2019 organised a sensitization lecture on Lassa fever prevention for its staff at its head office in Oba-Ile. The lecture which was delivered by Mrs. Aliu, a staff of the Ondo State Ministry of Health commenced immediately after the monthly prayer meeting of the Commission.

Speaking after the lecture, the Secretary to the Commission, Dr. Victor Koledoye said that the sensitization was aimed at educating the staff on the existence of Lassa fever, the symptoms of the fever, the appropriate steps to take in case such symptoms were noticed and most importantly its prevention as prevention they say is better than cure. Dr. Koledoye advised the staff to avoid contact with rats and infected persons. According to him, regular washing of hands and use of alcohol based hand sanitizers is key in the prevention of Lassa fever.

”With the number of suspected cases that have been reported in Ondo State, there is need to enlighten staff on the various preventive measures” he added.

He also enjoined the staff to keep their food stuff in rodents-proof containers to avoid contact of rats. He further stressed the importance of personal and environmental hygiene in preventing Lassa fever

Also speaking after the sensitization, the chairman of OSOPADEC, Hon. Gbenga Edema said the campaign would also be taken to the mandate areas to ensure that they are sensitized on the dangers and prevention of the disease.

Lassa fever is an acute viral haemorrhagic illness of 5 to 21 days duration that was first recorded in 1969 in West Africa.

The Lassa virus is transmitted to humans via contact with food or household items contaminated with rodent urine or faeces and contact with body fluid of infected person.

The signs and symptoms of Lassa fever include: fever, sore throat, cough, chest pain, bleeding from the nose, mouth, ears and eyes among others.